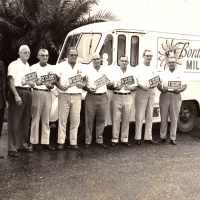 The Life Summary of Edward Patrick

Put your face in a costume from Edward Patrick's homelands.

Financially conservative. Able to pay for everything even with minimal income. Even paid for cemetery plots for him and his wife. Was a milk man 6 days a week. He had to pay the bills if someone di …