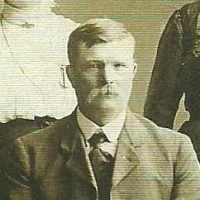 The Life of Anthony Joseph

Put your face in a costume from Anthony Joseph's homelands.

The first federal law that defined what was citizenship and affirm that all citizens are equally protected by the law. Its main objective was to protect the civil rights of persons of African descent.
1867 · The First Successful Typewriter is Invented

A patent was filed on October 11, 1867, on a new direct action typewriter. The patent was filed by Christopher Latham Sholes, Carlos Glidden, and Samuel Soule who had invented the prototype in Milwaukee.
1890 · The Sherman Antitrust Act