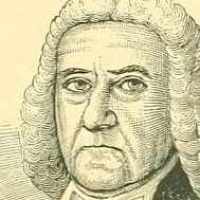 """At the end of the Second Continental Congress the 13 colonies came together to petition independence from King George III. With no opposing votes, the Declaration of Independence was drafted and ready for all delegates to sign on the Fourth of July 1776. While many think the Declaration was to tell the King that they were becoming independent, its true purpose was to be a formal explanation of why the Congress voted together to declare their independence from Britain. The Declaration also is home to one of the best-known sentences in the English language, stating, “We hold these truths to be self-evident, that all men are created equal, that they are endowed by their Creator with certain unalienable Rights, that among these are Life, Liberty and the pursuit of Happiness."""""""
1786 · Shays' Rebellion

BIRTH: Place given as Newburyport, Essex, Massachusetts by a 15 page article in "The Piscatqua Evangelical Magazine" Vol 2, Mar & Apr 1806, No 2, which states he moved when very young to Haverhill. …