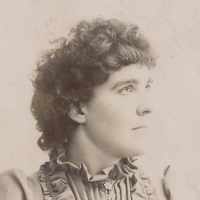 The Life Summary of Inga Maria

When Inga Maria Svensdotter was born on 1 January 1861, in Flistad, Skaraborg, Sweden, her father, Sven Svensson, was 32 and her mother, Lovisa Magnusdotter, was 24. She married Carl August Oscarsson on 12 August 1892, in Salt Lake City, Salt Lake, Utah, United States. They were the parents of at least 2 sons and 1 daughter. She died on 21 November 1928, in Överjärna, Stockholm, Sweden, at the age of 67, and was buried in Stockholm, Stockholm, Stockholm, Sweden.

Put your face in a costume from Inga Maria's homelands.

Respelling of the German and Scandinavian name Inge, a short form of Ingrid or any of various other names (for example Ingeborg) based on the name of the old Germanic fertility god Ing.