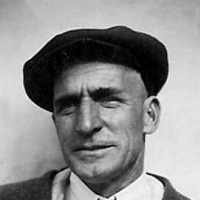 The Life of Edgar Franklin

Put your face in a costume from Edgar Franklin's homelands.

French:1. habitational name, with the preposition de, denoting someone from a place named Long, of which there are examples in Cher, Dordogne, and Somme. 2. possibly a variant of Lelong , a nickname from long ‘tall’, ‘long’.