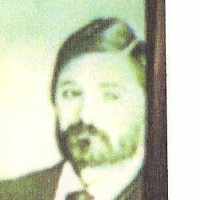 The Life Summary of Juan Francisco

When Juan Francisco Gortari was born on 29 March 1856, in Oronoz, Baztan, Nafarroa, Spain, his father, Jose Manuel Gortari, was 33 and his mother, Feliciana Francisca Ibarra Arrechea, was 32. He married Francisca Antonio Eusebia Tellechea on 25 January 1890, in Buenos Aires, Argentina. They were the parents of at least 5 sons and 5 daughters. He died on 5 January 1925, in Carlos Casares, Carlos Casares, Buenos Aires, Argentina, at the age of 68.

Put your face in a costume from Juan Francisco's homelands.

Buenos Aires refuses to become part of the country of Argentina and sets up their own independent state. It is then defeated by General Bartolome Mitre.

With help from France and Great Britain, Spain captures lands in Mexico, including Veracruz, to collect interest on debts Mexico refuses to pay.

Architect Antoni Gaudi begins work on what would be a historical landmark cathedral in Barcelona, Spain.

form of John , now also used as a given name in English-speaking countries, in spite of the unfavourable associations with Don Juan, the heartless seducer of Mozart's opera Don Giovanni ( 1788 ) and libertine hero of Byron's satirical epic ( 1819–24 ).