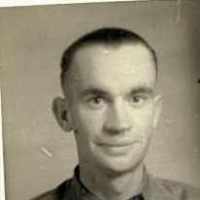 The Life Summary of Elmer William

Put your face in a costume from Elmer William's homelands.

English: habitational name from Chilson in Oxfordshire, named with Old English cild ‘young man’ (see Child ) + tūn ‘farmstead, settlement’.History: It is not known when this surname was first brought to America, but it was already established in CT in the early 18th century. Daniel Chilson of Weathersfield, CT, was born c. 1720 and on 4 October 1745 married Sybil Stanclift in Middlesex County, CT.