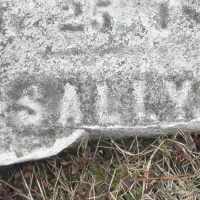 The Life of Sally

Caused by war veteran Daniel Shays, Shays' Rebellion was to protest economic and civil rights injustices that he and other farmers were seeing after the Revolutionary War. Because of the Rebellion it opened the eyes of the governing officials that the Articles of Confederation needed a reform. The Rebellion served as a guardrail when helping reform the United States Constitution.
1788 · New Hampshire Helps Ratify the US Constitution

On June 21, 1788, New Hampshire became the ninth and final state needed to ratify the US Constitution and make it the official law of the land
1803

English: altered form of Batchelor , showing the folk-etymology influence of the word elder, with which it is not in fact connected.