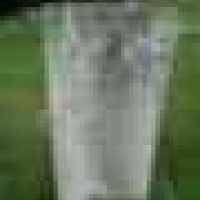 The Life of Josiah

The First Presidential election was held in the newly created United States of America. Under the Articles of Confederation, the executive branch of the country was not set up for an individual to help lead the nation. So, under the United States Constitution they position was put in. Because of his prominent roles during the Revolutionary War, George Washington was voted in unanimously as the First President of the United States.
1788 · Connecticut Becomes the 5th State

English and Dutch: from the medieval personal name Benedict (Latin Benedictus meaning ‘blessed’). This owed its popularity in the Middle Ages chiefly to St. Benedict of Norcia ( c.480–550 ), who founded the Benedictine order of monks at Monte Cassino and wrote a monastic rule that formed a model for all subsequent rules. No doubt the meaning of the Latin word also contributed to its popularity as a personal name, especially in Romance countries.