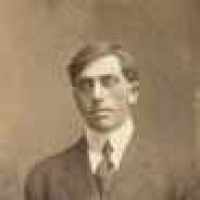 The Life of Edward Chas

Put your face in a costume from Edward Chas's homelands.

This Act tried to prevent the raising of prices by restricting trade. The purpose of the Act was to preserve a competitive marketplace to protect consumers from abuse.
1907 · Law Passed for Child Employment

The maximum hours for children to work were set to 55 per week.
1912 · The Girl Scouts