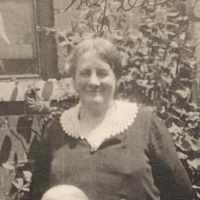 In 1883, there was a mining boom in Northern Ontario when mineral deposits were found near Sudbury. Thomas Flanagan was the blacksmith for the Canadian Pacific Railway that noticed the deposits in the river.
1884

English: from the Middle English and Old French personal name Lorens, Laurence (Latin Laurentius ‘man from Laurentum’, a place in Italy probably named from its laurels or bay trees). The name was borne by a saint who was martyred at Rome in the 3rd century ad ; he enjoyed a considerable cult throughout Europe, with consequent popularity of the personal name (French Laurent, Italian, Spanish Lorenzo, Catalan Llorenç, Portuguese Lourenço, German Laurenz; Polish Wawrzyniec (assimilated to the Polish word wawrzyn ‘laurel’), etc.). The surname is also borne by Jews among whom it is presumably an Americanized form of one or more like-sounding Ashkenazic surnames.