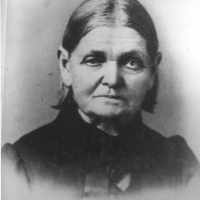 When Mary Wesley was born on 1 September 1818, in Toronto, Ontario, Canada, her father, Henry Wesley, was 25 and her mother, Anne Toole, was 27. She married Theodore Minthorn on 4 January 1842, in Toronto, York, Ontario, Canada. They were the parents of at least 2 sons and 9 daughters. She lived in Springdale Township, Cedar, Iowa, United States in 1860. She died on 11 June 1903, in Newberg, Yamhill, Oregon, United States, at the age of 84, and was buried in Newberg, Yamhill, Oregon, United States.

The Missouri Compromise helped provide the entrance of Maine as a free state and Missouri as a slave state into the United States. As part of the compromise, slavery was prohibited north of the 36°30′ parallel, excluding Missouri.
1846

English: habitational name from any of various places named with the Old English elements west ‘west’ + lēah ‘wood’, ‘clearing’, as for example Westley in Cambridgeshire and Suffolk, and Westleigh in Devon and Greater Manchester.