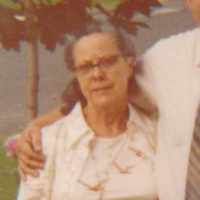 The Life of Beryle Marie

When Beryle Marie Glasson was born on 3 December 1918, in Sandpoint, Bonner, Idaho, United States, her father, William Henry Glasson, was 34 and her mother, Emma Elizabeth Craig, was 36. She married Lewis Hemmert on 28 August 1936, in Anaconda, Deer Lodge, Montana, United States. They were the parents of at least 3 sons. She died about January 2000, in Spokane, Spokane, Washington, United States, at the age of 81.

Put your face in a costume from Beryle Marie's homelands.

The Seattle general strike was a five day strike in 1919, where around 65,000 workers began striking for higher wages. This happened two years after WWI  wage controls.
1940 · Galloping Gertie

1 English (of Cornish origin): metonymic occupational name for a glazier or glass blower.2 Scottish: reduced form of McGlasson .3 French and Swiss French: from a diminutive of glace ‘ice’, hence a nickname for a cold person.