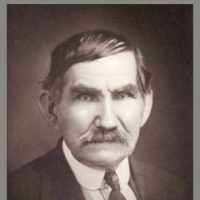 The Life Summary of Darwin Hamilton

Put your face in a costume from Darwin Hamilton's homelands.

Husband of Martha Jane (Green) and father of Amelia, John, Permelia, Henry, Lenora and Ivy. "Darwin's death certificate lists his birth as March 24, 1840. However, his census records do not support t …