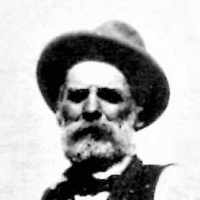 Convinced that a group of Native American tribes were hostile, The United States formed a frontier militia to stop them in their tracks. Even though Black Hawk was hoping to avoid bloodshed while trying to resettle on tribal land, U.S. officials opened fire on the Native Americans. Black Hawk then responded to this confrontation by successfully attacking the militia at the Battle of Stillman's Run and then left northward. After a few months the militia caught up with Black Hawk and his men and defeated them at the Battle of Wisconsin Heights. While being weakened by hunger, injuries and desertion, Black Hawk and the rest of the many native survivors retreated towards the Mississippi. Unfortunately, Black Hawk and other leaders were later captured when they surrendered to the US forces and were then imprisoned for a year.
1850

The state known as Utah began when Brigham Young led a group of LDS pilgrims seeking freedom from religious persecution into the Great Salt Lake Valley, where they established a settlement in 1847. The golden spike completing the first transcontinental railroad line was driven at Promontory, Utah, in 1869, leading to a further influx of settlers.
1863

Jim was very fond of the mountains and spent a lot of his time hunting bear, deer and mountain lions. He killed several bear. One day while Jim Puffer, Jim Hoopes and Jim Hutchings along wi …