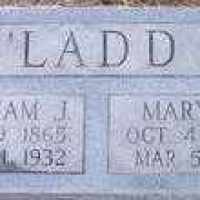 The Life of William Jackson

Put your face in a costume from William Jackson's homelands.

Areta Or Nettie Or Rettie Ladd

The first federal law that defined what was citizenship and affirm that all citizens are equally protected by the law. Its main objective was to protect the civil rights of persons of African descent.
1867 · The Burtis Opera House

The Burtis Opera House opened in Davenport and could easily hold an audience of 1,600. It was a widely used facility and Mark Twain filled the house when he spoke on tour in 1869. It was also used to house Susan B. Anthony when she lectured on the woman's right to vote. The Quad City Symphony Orchestra played its first concert as the new Tri-City Symphony in the Opera House. An arsonist set fire to the building on the evening of April 26, 1921, and the building was severely destroyed. The building was rebuilt but was no longer used as an opera house.
1884 · There is now a Capital Building

English: occupational name for a servant, Middle English ladde. The word first appeared in the 13th century, with the meaning ‘servant’ or ‘man of humble birth’, the modern meaning of ‘young man’, ‘boy’ being a later shift.