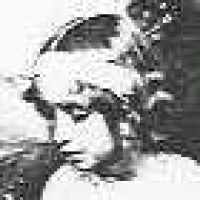 The Life of Elizabeth May

Put your face in a costume from Elizabeth May's homelands.

Before mother married my father John Wilhelm Backlund, and after the divorce from her first husband Gustave Johansson, to provide support for her three girls and herself, she started a Boarding House. …