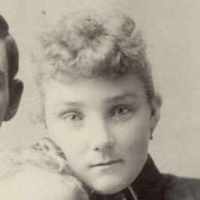 The Life of Eva May "Effie"

Learn about Eva May "Effie"'s homeland.

Put your face in a costume from Eva May "Effie"'s homelands.

Prohibits the federal government and each state from denying a citizen the right to vote based on that citizen's race, color, or previous condition of servitude. It was the last of the Reconstruction Amendments.
1886

English: from Old French basset, a diminutive of basse ‘low’, ‘short’, either a nickname for a short person or a status name for someone of humble origins.

The Chittick, Bassett lines have not been researched passed the mid-1880s Written by Eva Lilli-An Rine Henthorn My grandfather, James Chittick, born 1865, in Chicago, son of Hugh Chittick and Annabe …