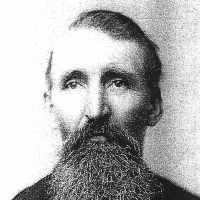 The Life of Milo

Put your face in a costume from Milo's homelands.

Letter written to her cousin, Milo Bovee on 14 February, likely 1863. Milo is with Union forces in Lexington, KY. Accompanied by a letter to Milo from her husband, Burrit Graves. Letters in the pos …