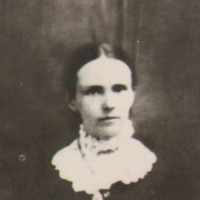 The Life of Mahalia Archer

Put your face in a costume from Mahalia Archer's homelands.

1 English: of uncertain derivation. The first recorded instance seems to be William Cleike (Yorkshire 1176 ), but this may well be an error for Clerke. In subsequent records the name is concentrated in Devon; it seems to have been originally a habitational name connected with a piece of land in the parish of Ermington near Plymouth, first recorded in 1278 as Clekeland(e), and still known as Clickland; the names John de Clakelond and Robert Cleaklond occur in this parish in 1332 and 1337 respectively. The place name may be from Old English cleaca ‘stepping stone’, ‘boundary stone’ (of Celtic origin) + land ‘territory’. Compare Clack .2 Americanized spelling of German Glück ( see Gluck ).

I never knew my great grandmother Cleek but I have felt her spirit with me as I have done research for her family. We searched for the father of Peter Brickey for years and could not find anything to …