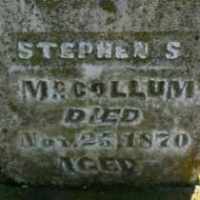 The Life of Stephen S.

Put your face in a costume from Stephen S.'s homelands.

Northern Irish: Anglicized form of Gaelic Mac Coluim ‘son of Colum’. See McCallum , which is the usual spelling of this name in Scotland.