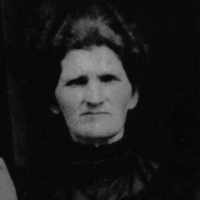 The Life Summary of Celia Ann

Put your face in a costume from Celia Ann's homelands.

English: from Middle English gerlond, ger(e)land, garlond ‘metal chaplet, crown, coronet; wreath’, probably a nickname denoting a habitual wearer of such items, or a metonymic occupational name for a maker of them.English: perhaps from the Old French personal name Gerland (ancient Germanic Garuland, probably from garw- ‘war-gear; prepared(ness)’ + land ‘land’; the first element of the French name may instead be from a name beginning with gēr ‘spear’).English: topographic name from Middle English gor(e), gar(e) ‘triangular piece’ + lond ‘land’ (Old English gāra + land, lond), for someone who lived ‘(at the) triangular piece of land’. Compare Garfield .