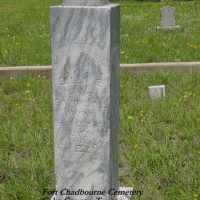 The Life Summary of Eudora Ellen

Put your face in a costume from Eudora Ellen's homelands.

English (Yorkshire): habitational name from Yarburgh (Lincolnshire) or Yarborough Camp in Croxton (Lincolnshire), both of which derive from Old English eorth-burg ‘earth-work’ (eorth ‘earth, ground’ + burg ‘fortress’). This form of the surname is now rare in Britain.