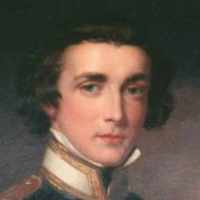 The Museum of Lancashire is located in the former courthouse of Preston in Lancashire, England. The building was designed by Thomas Rickman. Some the exhibits include Lancashire through the years, at work, at play, goes to war, and law and order. All depict different times and events in Lancashire county. The museum closed in 2015 and is now only opened for scheduled appointments.
1830

1 English (mainly northern): from Anglo-Norman French pel ‘stake’, ‘pole’ (Old French piel, from Latin palus), a nickname for a tall, thin man. It may also have been a topographic name for someone who lived by a stake fence or in a property defended by one, or a metonymic occupational name for a builder of such fences. Compare Pallister .2 Dutch: habitational name from places so called in North Brabant (where there is also a district called De Peel) and Dutch Limburg, from De Peel in Ravels, Antwerp province, or from Pedele in Kaggevinne and in Adorp, Brabant.3 German: possibly a habitational name from a lost or unidentified place name.