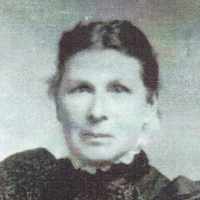 When Jane Cowan was born on 1 May 1854, in Newton Mearns, Renfrewshire, Scotland, her father, Robert Cowan, was 29 and her mother, Jane Barrie, was 31. She married Henry John Guildford on 8 October 1875, in Owaka, Otago, New Zealand. They were the parents of at least 4 sons and 6 daughters. She died on 8 December 1932, in Dunedin, Otago, New Zealand, at the age of 78, and was buried in Otago, Otago, New Zealand.

Scottish and Manx: shortened form of McOwen and McKeown . See also McEwen .Sottish and Manx: from a shortened form of Irish Ó Comhdhain and Mac Comhdhain ‘descendant or son of Comhdan’ or Gaelic Mac Comhghain ‘son of Comhghan (‘the twin’). Pronounced to rhyme with Owen, the name sometimes appears as Coan and Cohen in Down, and has been used interchangeably with Irish Coyne in Connacht and McIlhone in Tyrone. In the Isle of Man the name is pronounced /'kauən/ (with Cow- as in English cow).Scottish and Manx: sometimes a variant of Colquhoun , pronounced Cohoon in Scotland and Cahoon in Ulster.