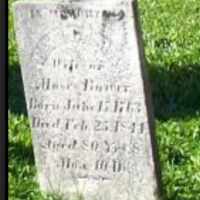 English: from Middle English bour, bor(e), bur(e) (Old English būr) ‘cottage, chamber, bower’, denoting either a ‘cottager’ or ‘chamber-servant’, or a topographic name for someone who lived in a small cottage, or a habitational name from any of various minor places called from this word in Somerset, Sussex, Essex, and Peeblesshire. Compare Bowerman and Bowring .English: variant of Bowyer , for a maker or seller of bows or an archer, from Middle English bowyere, an agent derivative of Old English boga ‘bow’.Americanized form of German Bauer ‘peasant’ or ‘neighbor, fellow citizen’, or of its Dutch cognate Bouwer .