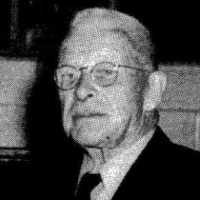 The Life of Harvey Lovell

Put your face in a costume from Harvey Lovell's homelands.

The First official World's Fair, was held to celebrate the 100th anniversary of the signing of the Declaration of Independence in Philadelphia. 37 Countries provided venues for all to see.
1879

Thomas Edison had been seeking to create a more practical and affordable version of the lightbulb, primarily for home use. Edison had attempted several different materials, including platinum and other metals, before ultimately deciding on a carbon filament. On October 21, 1879, Edison finally carried out the first successful test of this new light bulb in Menlo Park, New Jersey.
1900 · Gold for Cash!