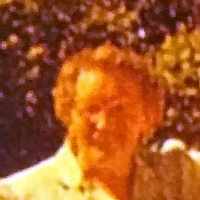 The Life of Jeannette Cora

Put your face in a costume from Jeannette Cora's homelands.

1 English, Scottish, Irish, French, Dutch, German, Czech, Slovak, Spanish (Martín), Italian (Venice), etc.: from a personal name (Latin Martinus, a derivative of Mars, genitive Martis, the Roman god of fertility and war, whose name may derive ultimately from a root mar ‘gleam’). This was borne by a famous 4th-century saint, Martin of Tours, and consequently became extremely popular throughout Europe in the Middle Ages. As a North American surname, this form has absorbed many cognates from other European forms.2 English: habitational name from any of several places so called, principally in Hampshire, Lincolnshire, and Worcestershire, named in Old English as ‘settlement by a lake’ (from mere or mær ‘pool’, ‘lake’ + tūn ‘settlement’) or as ‘settlement by a boundary’ (from (ge)mære ‘boundary’ + tūn ‘settlement’). The place name has been charged from Marton under the influence of the personal name Martin.