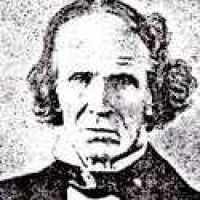 The Eleventh Amendment restricts the ability of any people to start a lawsuit against the states in federal court.
1795 · Yazoo Land Fraud

As Georgia had been weakened during the Revolutionary War, it was unable to defend its Yazoo lands, or land west of the Yazoo River. Thirty-five million acres were sold to four companies for $500,000 as Governor George Mathews signed the Yazoo Act on January 7, 1795. Angry Georgians protested in the streets as they felt bribery and corruption were involved and the sale was far below market value. The legislation tried to rescind the Yazoo Act, but much of the land had been sold to third parties. The issue made its way to the United States Supreme Court and it was determined that rescinding the law was an unconstitutional infringement on a legal contract. The government took full possession of the territory by 1814 and awarded its claimants over $4,000,000.
1812

Northern English: patronymic from a short form of Robert .

WARNING! Although there is much valuable information in the following transcript, it is important to acknowledge that it differs in salient portions with what is on familysearch.org as of January 202 …