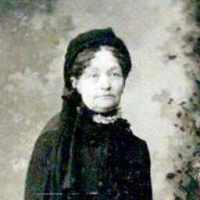 The Life of Betsy Mary

When Betsy Mary Wilcox was born on 29 June 1838, in Sherbrooke, Quebec, Canada, her father, Joseph P Willcox, was 42 and her mother, Adaline Sophia Blodgett, was 38. She married William Samuel Sadleir on 17 September 1856, in Ascot Township, Sherbrooke, Quebec, Canada. They were the parents of at least 3 sons and 4 daughters. She died on 12 October 1896, in Ogden, Weber, Utah, United States, at the age of 58, and was buried in Ogden, Weber, Utah, United States.

Put your face in a costume from Betsy Mary's homelands.