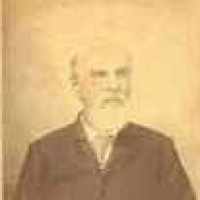 The Life of William M.

Put your face in a costume from William M.'s homelands.

In 1819, in McCreary County, Kentucky along Cumberland River was the site of the first commercial oil well.
1844 · German Immigration to Texas

1 English (southern): topographic name for someone living on the banks of the Tarrant river in Dorset, of which the name is of the same origin as Trent .2 Irish: reduced Anglicized form of Gaelic Ó Toráin ( see Torrens ).