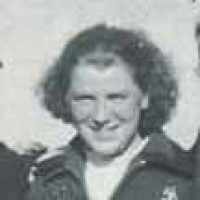 The Life of Shirley Georgia

Put your face in a costume from Shirley Georgia's homelands.

Construction on the Fort Peck Dam started in 1933. It is the highest of six major dams along the Missouri River. It is located in the northeastern part of Montana near Glasgow and Fort Peck.
1949 · NATO is Established