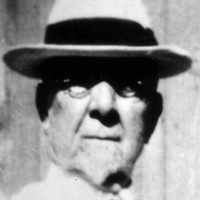 The Life Summary of Charles Clifford

Put your face in a costume from Charles Clifford's homelands.

English: from the Middle English personal name Godwin (Old English Gōdwine). Compare Godwin .Irish: adopted in Mayo for Ó Goidín, a variant of Ó Godáin, ‘descendant of Godán’, a diminutive personal name from got ‘stammering, lisping’.History: This name was brought independently to New England by many bearers from the 17th century onward. William Goodwin was one of the founders of Hartford, CT, in 1635 (coming from Cambridge, MA with Thomas Hooker).

Charles Clifford Goodwin was born in Stratford on Avon, England, on 7 September 1840. For clarity in this biography he will be referred to as “C.C.” throughout. Stratford on Avon is famous for being …