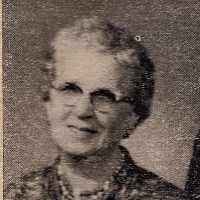 The Life of Nellie Rose

Put your face in a costume from Nellie Rose's homelands.

A landmark decision of the U.S. Supreme Court upholding the constitutionality of racial segregation laws for public facilities if the segregated facilities were equal in quality. It's widely regarded as one of the worst decisions in U.S. Supreme Court history.
1897 · First Bill for Women Suffrage

In 1897, Senator J.L. Hyatt introduced the woman suffrage bill in North Carolina. The bill did not make it past the committee.
1916 · The First woman elected into the US Congress

Northern English and Scottish: habitational name from any of various places so named, especially one in Northumbria originally named in Old English as Idingtūn ‘settlement (Old English tūn) associated with Ida’ ( see Ide ).