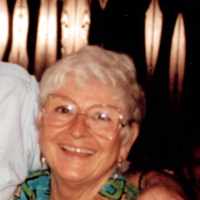 The Life of Hope Zelda

Put your face in a costume from Hope Zelda's homelands.

The Minnesota Woman was the name given to the skeletal remains of a woman thought to be 8,000 years old found near Pelican Rapids. The bones were brought to the University of Minnesota for more study. Later, Dr. Albert Jenks identified them as the bones of a 15 or 16 year old woman. Scientists now recognize the girl as someone whose ancestors were Paleo-Indian and now her skeletal remains have been reburied in South Dakota, not available for further study.
1944 · The G.I Bill

Scottish: probably from Middle English beverage ‘drink’ (Old French bevrage, from beivre ‘to drink’). The term was used in particular of a drink bought by a purchaser to seal a bargain, and the surname may have been acquired as a nickname in this context. Reaney adduces evidence that suggests that the nickname may have been bestowed on a man who made a practice of getting free drinks by entering into bargains which he did not keep.