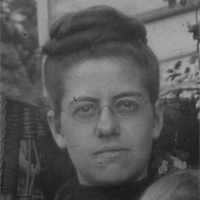 The Life of Jessie June

When Jessie June Trowbridge was born in June 1874, in Salt Lake, Utah Territory, United States, her father, Nelson Seymour Trowbridge, was 28 and her mother, Jessie Catherine Clayton, was 25. She married Robert Kelsey Haskell in 1897. They were the parents of at least 1 son and 1 daughter. She lived in Tybo, Nye, Nevada, United States in 1880. She died on 15 June 1920, in Alameda, California, United States, at the age of 46.

Put your face in a costume from Jessie June's homelands.