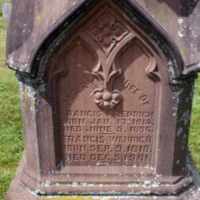 German (of Slavic origin): from the personal name Wenrich, a Germanized form of a Slavic cognate of Heinrich (see Henry ) or Andreas .

There are no historical documents attached to Francis.