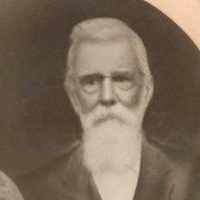 The Life Summary of Charles Pemberton

Put your face in a costume from Charles Pemberton's homelands.

English: habitational name from any of various places called Hatfield (East Yorkshire, Yorkshire, Nottinghamshire, Worcestershire, Herefordshire, Hertfordshire, Essex), or Heathfield (Sussex, Somerset), though not all of these have given rise to hereditary surnames. The placenames derive from Old English hǣth ‘heath, heather’ + feld ‘open country’.

Case of Charles Pemberton, No. 520,093 On this 19th day of May, 1888 at Near Lick Mountain, County of Conway State of Arkansas, before me, T. A. Stockslagan, a Special Examiner of the Pension Office, …