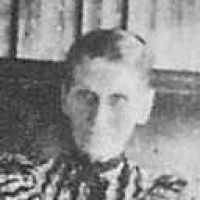 The Life of Ruthie Jane

Put your face in a costume from Ruthie Jane's homelands.

A minority group of Cherokees including John Ridge, Major Ridge, Elias Boudinot, and Stand Waite, signed the Treaty of New Echota which ceded all Cherokee territory east of the Mississippi in exchange for five million dollars. The majority of Cherokees did not agree and 16,000 Cherokee signatures were gathered to protest the treaty. Boudinot and both Ridges were killed several years later by angry Cherokees for signing the treaty.
1836 · Remember the Alamo

Being a monumental event in the Texas Revolution, The Battle of the Alamo was a thirteen-day battle at the Alamo Mission near San Antonio. In the early morning of the final battle, the Mexican Army advanced on the Alamo. Quickly being overrun, the Texian Soldiers quickly withdrew inside the building. The battle has often been overshadowed by events from the Mexican–American War, But the Alamo gradually became known as a national battle site and later named an official Texas State Shrine.
1861