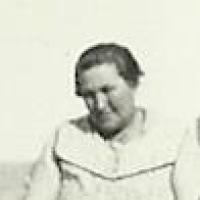 The Life of Martha Mattie

Put your face in a costume from Martha Mattie's homelands.

1 Scottish: nickname for a fair-haired person, from Gaelic bàn ‘white’, ‘fair’. This is a common name in the Highlands, first recorded in Perth in 1324 . It is also found as a reduced form of McBain .2 Northern English: nickname meaning ‘bone’, probably bestowed on an exceptionally tall, lean man, from Old English bān ‘bone’. In northern Middle English -ā- was preserved, whereas in southern dialects (which later became standard), it was changed to -ō-.3 Northern English: nickname for a hospitable person, from northern Middle English beyn, bayn ‘welcoming’, ‘friendly’ (Old Norse beinn ‘straight’, ‘direct’).