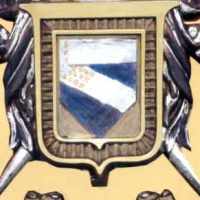 The Life of Ranulf

Put your face in a costume from Ranulf's homelands.

From an Old Norse personal name, Reginulfr, derived from regin ‘advice, decision’ + úlfr ‘wolf’. This was introduced into Scotland and northern England by Scandinavian settlers in the early Middle Ages and modern use is largely confined to these areas.

There are no historical documents attached to Ranulf.