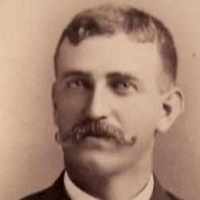 The Life of William Charles Anderson

Put your face in a costume from William Charles Anderson's homelands.

Irish (Limerick): Anglicized form of Gaelic Mac Aodha ‘son of Aodh’, an ancient personal name meaning ‘fire’, originally the name of a pagan god. Thus it has the same origin as McGee , McKay and McKee .