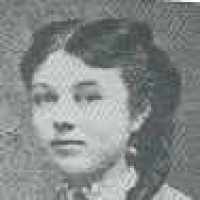 When Sarah Ann Cooksley was born on 5 December 1851, in Bristol, Gloucestershire, England, her father, Joseph Cooksley, was 25 and her mother, Sarah Ann Gadd, was 27. She married William Gallop on 10 April 1871, in Dundry, Somerset, England, United Kingdom. They were the parents of at least 6 sons and 3 daughters. She lived in Dundry, Somerset, England, United Kingdom for about 10 years. She died on 25 October 1889, in Christchurch, Canterbury, New Zealand, at the age of 37, and was buried in Christchurch, Canterbury, New Zealand.