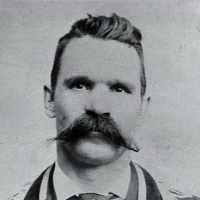 The Life of Starks Lafayette

Put your face in a costume from Starks Lafayette's homelands.

"My Grandfather Hicks was a farmer. When we first went to school down in Emery County, just south of the town of Huntington he used to tell us stories he and the old timers. They were full of energy …