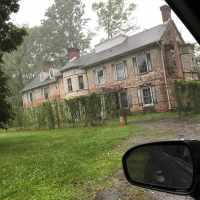 After two major Maroon Wars, signed treaties with the British. In the treaty of 1740 -- given land and rights as free men. They were to stop fighting and recapture run-away slaves. Caused a rift because not all Maroons believed in returning recaptured slaves to plantations.

History of White Hill Mansion​ Robert Field inherited the property from his father in 1757. A successful merchant, he built a comfortable mansion on the property. In 1765 Robert married Mary Peel. …