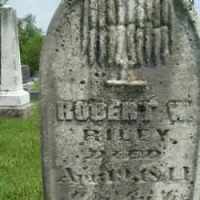 The Life of Robert Wilson

Put your face in a costume from Robert Wilson's homelands.

The Revolutionary War ended with the signing of the Treaty of Paris which gave the new nation boundries on which they could expand and trade with other countries without any problems.
1798

1 Irish: variant spelling of Reilly .2 English: habitational name from Ryley in Lancashire, so named from Old English ryge ‘rye’ + lēah ‘wood’, ‘clearing’. There is a Riley with the same meaning in Devon, but it does not seem to have contributed to the surname, which is more common in northern England.