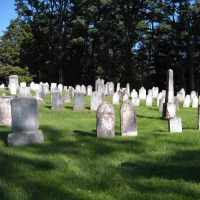 The Life Summary of Martha Crook

Put your face in a costume from Martha Crook's homelands.

English: variant of Wicks .Americanized form of Norwegian and Swedish Vik .History: This surname was brought to North America independently by several different bearers in the 17th and 18th centuries. One of the earliest on record is Leonard Weeks, who emigrated from Somerset, England, to Portsmouth, NH, some time before 1656. — William Weeks, recorded in Edgartown, Martha's Vineyard, MA, from 1653 onward, was probably a cousin or other relative of the John Wickes mentioned at Wickes .