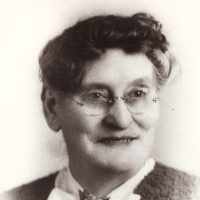 The Life of Hattie Elizabeth

Put your face in a costume from Hattie Elizabeth's homelands.

A minor battle of the American Civil War named The Battle of Baxter Springs was fought in Baxter Springs on October 6, 1863. The battle was a Confederate victory and there were approximately 113 casualties.
1886

1 English, Irish (Ulster), Scottish, and Dutch: name applied either to a Scandinavian or to someone from Normandy in northern France. The Scandinavian adventurers of the Dark Ages called themselves norðmenn ‘men from the North’. Before 1066 , Scandinavian settlers in England were already fairly readily absorbed, and Northman and Normann came to be used as bynames and later as personal names, even among the Saxon inhabitants. The term gained a new use from 1066 onwards, when England was settled by invaders from Normandy, who were likewise of Scandinavian origin but by now largely integrated with the native population and speaking a Romance language, retaining only their original Germanic name.2 French: regional name for someone from Normandy.3 Dutch: ethnic name for a Norwegian.