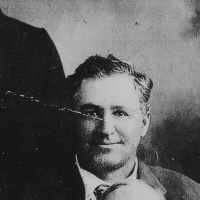 The Life of Wilbur William

Put your face in a costume from Wilbur William's homelands.

1 German, English, and Dutch: status name for a freeman of a borough, especially one who was a member of its governing council, a derivative of Middle High German burc, Middle English burg ‘(fortified) town’, Middle Dutch burch. The English name is found occasionally as a surname from the 13th century onwards but is not recorded as a vocabulary word until the 16th century. The usual English term was the Old French word burgeis ‘burgess’ ( see Burgess ). This name is frequent throughout central and eastern Europe. It also occurs as an Ashkenazic Jewish family name, but the reasons for its adoption are uncertain.2 German: habitational name for someone from any of the many places called Burg.