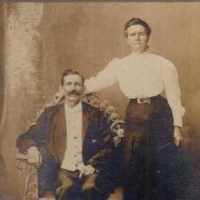 The Life of Joseph Daniel S.

Put your face in a costume from Joseph Daniel S.'s homelands.

In 1860, South Carolina quit the United States because its citizens were in favor of slavery and President Lincoln was not. The Civil War started a year later.
1862 · Battle of Shiloh